RTQ_Fairy
August 2021 edited August 2021 in Real Time Quests (IC)
Thus follows one detailed account of the Blue Moon Festival of Year 454 in The Enlightened CIty of Andris, preserved by one Andrisian scribe, to the best of his abilities. It is not the only account, but it is an account, from but one perspective. Given the fleeting nature of the events being documented, the present scribe humbly asks continued forgiveness for any and all omissions and errors. Any other observers, visitors, scribes, historians, and artists of all skill level are cordially invited to contribute in the chronicling of this wonderful interlude in our fair city’s history, not only to help ensure that our collective stories are preserved, but also to inform and thus include as many people as possible in the joyous celebration that is Andris come Blue Moon, the best time in all Oberin.

Long before the blue moon shines bright and full, the earliest days of the festive season are, as always, heralded by a frenzy of buildup and anticipation. The air begins to grow cooler, and the snows begin to fall far to the north—but not so here in Andris, temperate Andris, where the chilly season is marked only by the flocks of migratory harpies and the fierce winter rainstorms. From across the Merchant Sea in Port Gast, the Southwest Sailors come alive like a swarm of ants, garbed in their official peach-hued robes, sending their ships to and fro with spices and trinkets and luxuries, making transitory outposts out of suitable islands, conveying the immense flow of goods that must be conveyed for any good festival to be possible, and offering discount trades to those who come to seek them out. And off to the west, across the Great Andris Bridge, the merchant caravans come rolling, with the stomping of pack tuskers that can be heard from leagues around, eventually settling in on the southern shores at their annual campground, where the wheeling and dealing begins. And in islands all around, in the ruined husks of abandoned guild halls, or in hidden, sheltered caves, drunken adventurers and revelers ring the festival in early with their round-the-clock carousing. 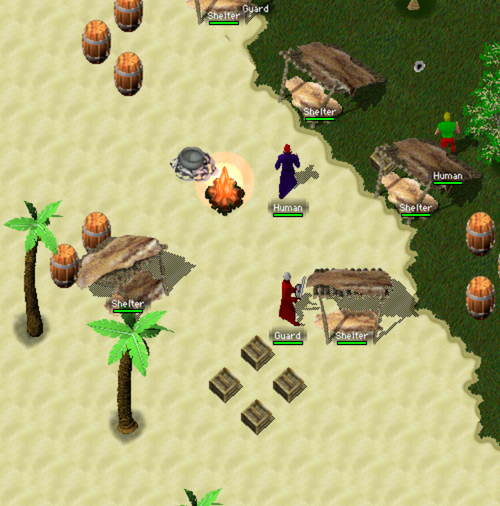 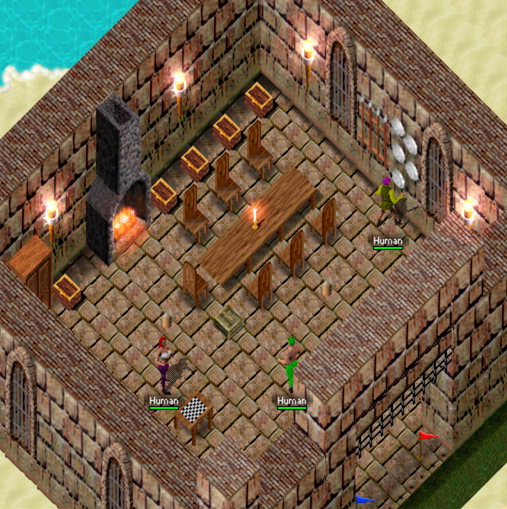 The days grow colder still as the moon waxes full, and the crowds begin to trickle into the streets. Flags and roses and the cold-loving nevia stretch out as far as the eye can see. The Miners’ Nurses set up their stands with their peculiar zest for life, raising funds for their noble cause, while the various clothing conventions set up shop across the way, bringing their dazzling light to the gleaming streets. In the park, the workers and craftsmen busy themselves setting up the imposing platform that will serve as the stage for the Waltham’s World of Wool Blue Moon Festival Art Competition. And to the east, beyond the city walls, more workers burst into action, constructing the temporary stands and risers for what will soon be the Grand Arena of the Blue Moon Festival, the most fearsome spectacle of the year. Here, too, the Nurses set up their tents, knowing of the blood sport that will soon come.

And just to the south, down in Morganstown, the scene is no less buoyant, as the storied two-master, The S.W.S. Golden Fleece, comes to port, and the lively hubbub of traders and travelers hawking their wares fills the salty air. The hired guards, pretty in peach, overlook the vessel proudly as they tell you, “This be the ship that Sailor James himself could no sink!”, while they silently avoid making eye contact with the bounty hunter who is trimming his nails with a dagger at the stern, the man who has been hired on by the city to ensure the guards’ boasting holds true, the man who serves as a reminder that not everyone’s festival can be so joyous. 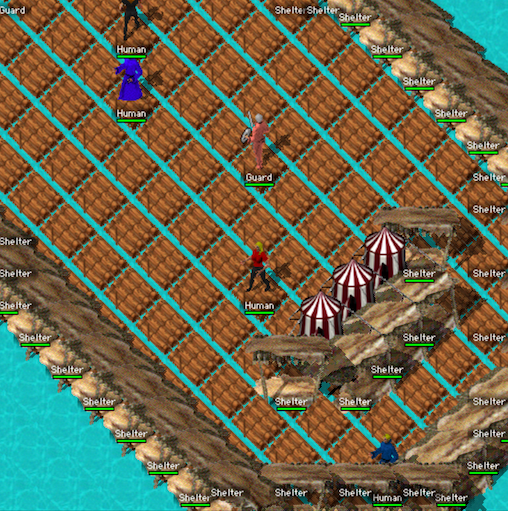 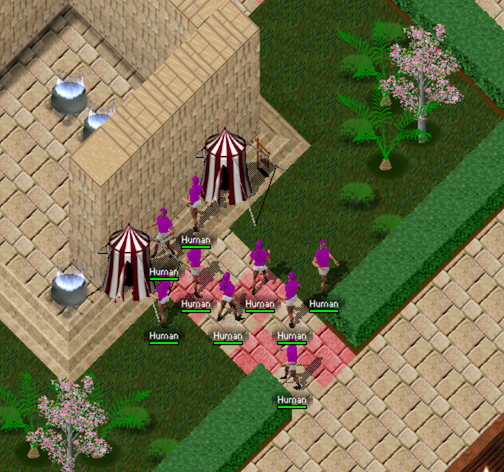 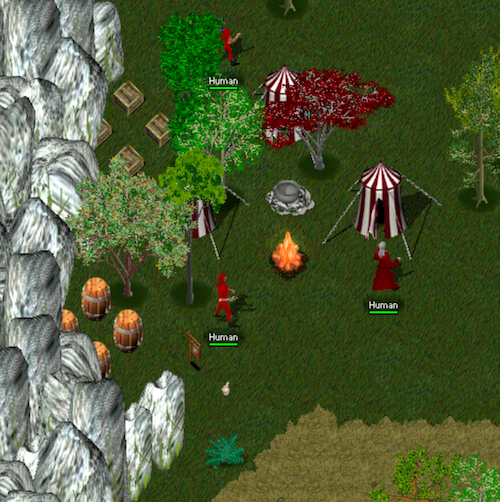 Before the citizens and adventurers know it, the full moon is upon them, and the festivities kick off in earnest, as a well-dressed crowd begins to gather in the park, in the early hours of the morning... it will soon be time for the Awards Ceremony of the Waltham's World of Wool Blue Moon Festival Art Competition. 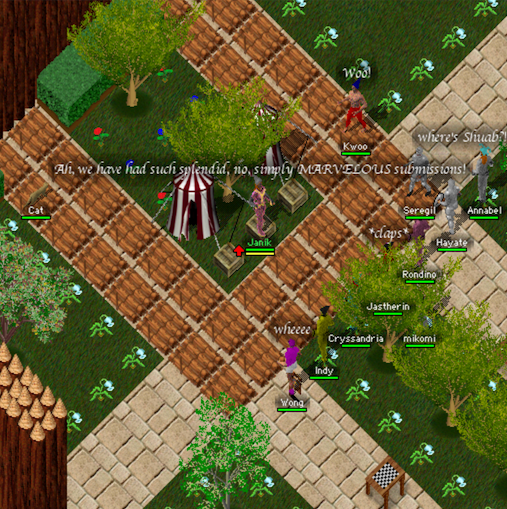 The appointed time arrives, and the crowd now forms a stunning rainbow of the rarest shades and hues, their sartorial elegance eclipsed only by the magnificent Senator Ivanelda Janik as she struts into the park in full regalia.

(Janik): Those gardeners really went to town this year, my word!
(Jastherin): Pants!
(Wong): hi-
(Rondino): Hehe, aye they did a great job! Don't think I've seen this much splendor in a while
(Janik): And oh, may I just say—and I promise I don't say this often—
(Janik): Your robe is simply exquisite, la!
(Rondino): Why thank you
(Kwoo): Isn't it?
(Rondino): Kwoo.. easy now
(Kwoo): haha!
(Janik): You just about look like a senator yourself! * chuckles *
(Kwoo): Just admiring the color, nothing more

Some members of the crowd momentarily turn their gaze south, to the chess board garden, which is now surrounded with the flames of Andrisian Roulette.

(Janik): Let's all meet at the stage to the north, darlings!
(Janik): Seats about as comfortable as usual!
(Wong): special seat!
(Janik): Oh yes! File in, file in! Beautiful line! How naturally formed!
(Rondino): Anna!
(Jastherin): Anna!
(Annabel): Jas, you woke up!
(Annabel): ;D
(Jastherin): I did :O
(Janik): My, do I see some of our previous Beauty Pageant winners in here, as well?
(Cryssandria): O.O
(Annabel): i guess i should grab monies
(Janik): What an impressive crew, la!

(Janik): And oh, we won't be needing money for this!
(Cryssandria): hehe..
(Rondino): Too late..
(Janik): This is an event put on out of the goodness of our hearts!

Despite the announcement, one of the armored men in the crowd quietly tosses a single gold piece to the senator, who catches it with surprising deftness.

(Rondino): *claps*
(Annabel): where's Shuab?!
(Janik): Ah, we have had such splendid, no, simply MARVELOUS submissions!
(Kwoo): Woo!
(Jastherin): *claps*
(Wong): wheeee
(Cryssandria): Shuab is somewhere doing Shuab things
(Janik): How very lovely they all were! You should all be proud, darlings! Very proud!

(Rondino): *blushes the shade of the robe*
(Cryssandria): oh 85
(Janik): It's your lucky day, darling!
(Cryssandria): hard one
(Shuab): Kwoo rolled a 10 and logged off in shame
(Janik): The bonus giveaway is yours!
(Rondino): Wheeee!
(Annabel): hhah
(Rondino): Thank you!
(Astronus): hehe congrats Ron!
(Wong):

With a flourish, the Senator passes a small, magenta token, humming with energy like a bolt of lightning, to the wizard Rondino.

(Janik): Oh, all those beautiful and wonderful artworks!
(Janik): I'm sure our judges' panel would've chosen them all, if they could!
(Janik): But choose, they must, and the results are now tabulated.
(Janik): As a brief review, the winning submissions to this lovely competition...
(Janik): ...were the works that best distilled and celebrated the spirit of community in Oberin!
(Janik): So let's begin, la, and see what the judges say! * tears open envelope *

(Janik): In third place, we have a work that does just that!
(Shuab): la
(Janik): This piece depicts adventurers working together in the face of adversity...
(Janik): Adversity that soon turns to absurdity!
(Janik): And yet they find a way to make light of it all the same!
(Janik): Let's give it up for...

(Cryssandria): =OOOO
(Gladash): yay!
(Annabel): that was such a good one
(Shuab): Yay!
(Janik): Just when you think those pixies couldn't get any more cheeky! * chuckles * Well done!
(Rondino): *claps*
(Cryssandria): yaaayyy
(Astronus): HAHAHAHA that was a hilarious time *chuckles*
(Gladash): What a fond memory
(Janik): And what a striking robe you have already!
(Janik): Clearly you are a man of the arts!
(Gladash): Thank you, senator.
(Janik): And for your prize, we have something...
(Janik): If not in such a rare shade, something crafted by a grandmaster, and elegant in its simplicity!

The senator passes an exquisitely wrapped bundle to the rogue Gladash.

(Janik): And now, we move on to second place! * tears open envelope *
(Shuab): Goodbye to your chest contents..
(Janik): Sometimes, the spirit of our community means opening up to new traditions!
(Janik): Coming up with unique events and having fun in unexpected circumstances!
(Cryssandria): =OOOO
(Janik): A community coming together with food and drink!
(Annabel):

(Janik): Finding a way to have fun even when death comes a-knocking!

(Janik): And now, last, we have first, la! * tears open envelope *
(Janik): The judges feel that this piece perfectly exemplifies the joy of Oberin community!
(Janik): What you see in this work is something as unique as it is heartwarming!
(Janik): It manages to encapsulate years and years of Oberin's strangeness and beauty!
(Janik): A result of collective hijinks, and ideas bouncing around from person to person...
(Janik): ....coming to involve not just its original creator...
(Janik): ...but truly any who have come to spend time on our peaceful shores...
(Janik): ...until those hijinks evolve into something new:
(Nial): * looks a bit confused *
(Janik): Something ebullient, something transcendent, something with the proper permits!
(Shuab):

(Janik): This robe is the first, and as yet only, grandmaster!

Senator Janik passes the druid Wong a bundle that almost seems to be glowing.

The two winners have now made their way to the center of the stage, standing on either side of Senator Janik. 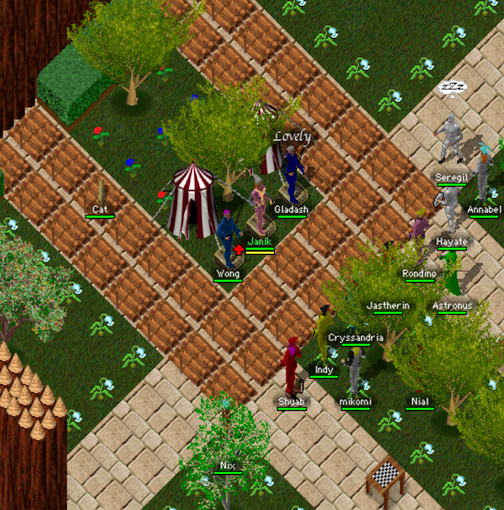 (Janik): Another huge round of applause, and a hearty congratulations to you all!
(Nix): Nice robes!
(Shuab): (Red RoP nanda w)
(Astronus): *claps*
(Jastherin): *applauds*
(Annabel): *claps*
(Nial): * claps once more *
(Janik): And I'd like to give a huge thanks as well, to our community judges, and Master Ritian.
(Wong): thank you so much
(Nix): *claps*
(Rondino): *claps*
(Janik): We simply couldn't have done it without their marvelous help!