When the hunter becomes hunted

Bronte
April 2021 in Role Playing
Shivani approached The Mirithian Bank to find a welcome presence in Elsbeta Balloc. They talked about everything and nothing as usual. The current egg hunt, the absence of a certain cleric, which EB ascribed to him being rather advanced in age - Vartold, she whispered. Shivani couldn’t help giggle, giving way to a bellowing laughter that reverberated throughout the otherwise quiet bank, occasionally interrupted with gasps for breath. She managed to compose herself to relate her skirmish with a self-professed Egg Hunter. “I was attacked by a Brigand Scout earlier” she began as she recalled the encounter.

“The trail leads here…” a shrill voice startled the Druid as she exited the forge West of Andris Bridge. Neither Shivani nor her young companion, Arios, had noticed the Brigand Scout until she called out to them. Trail….? from where exactly? The druid had dashed haphazardly cross cities and forests in search of the famed eggs and couldn’t pinpoint whence the hunter began her hunt. 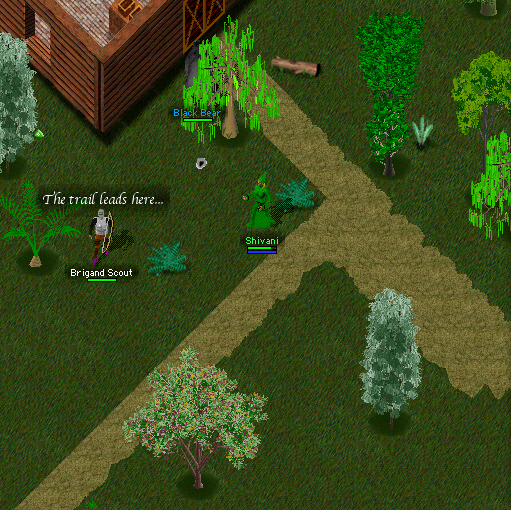 “Give me your eggs!” the scoundrel demanded, unleashing a flurry of arrows.

I supposed we’ll figure that out later...

Guard! Arios leaped into action on command, but with feet as light as pixie dust, the scout was already several paces east of them. That explains why they failed to notice her earlier. Release! Opting for Anew, her speedy Spirit Animal, Shivani assumed the form of a sand Draco and the duo took off in hot pursuit.

The Scoundrel was no novice. She lured Shivani and Anew into packs of Poison Beasts, Elementals, and Snakes further west, switching between her longbow during retreats to restore her health and quickly lunging in with a longsword whenever the Druid’s shapeshifting spell ended. This was but a test of endurance - simply a matter of who could make the best of their healing potions - yet Shivani couldn’t help but grow increasingly frustrated at the situation.

Yield! She demanded.
No, you Yield! 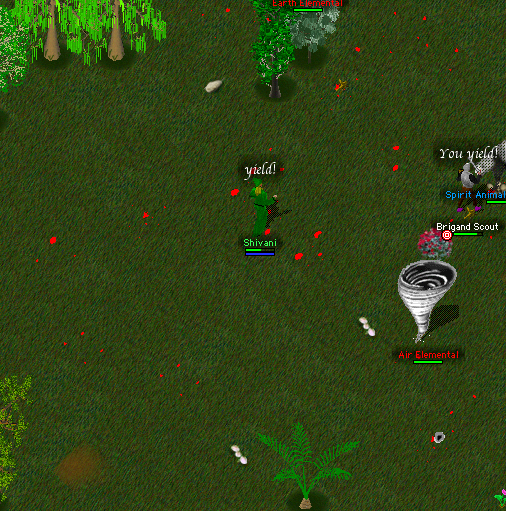 Anew, the faster of the duo, could barely keep up so the best course of action was to press a barrage of elementals. 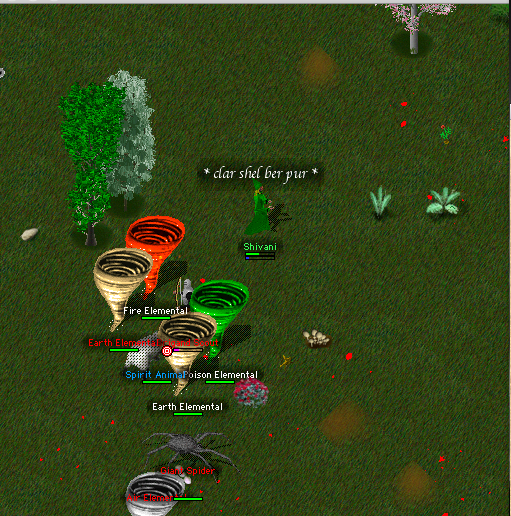 With the hunter down to her last healing potion Anew, and a trio of summon elementals made quick work of her and turned their attention to nearby mobs drawn towards the frenzy. Shivani rummaged through the hunter's pack, recovering variety of eggs which she wiped of and carely stuffed into her pouch. 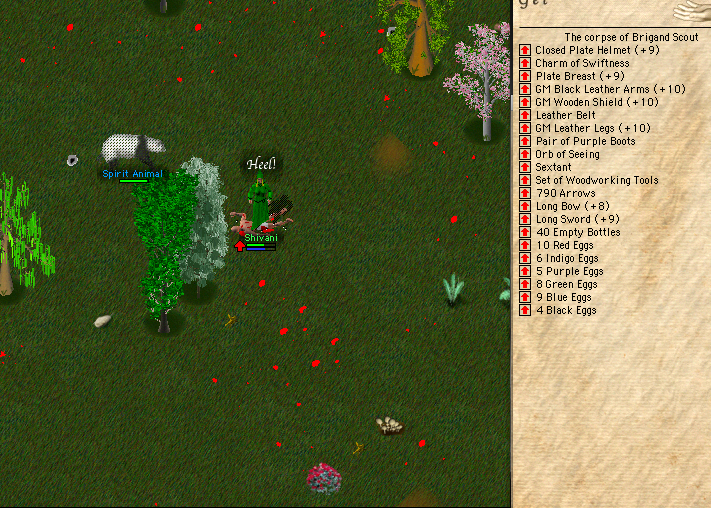 Release! The Spirit Animal dissipated just as fast as she'd been summoned.

Worth it! Anew chimed, as Shivani felt her presence return. Well... I suppose we'll find out whenever we locate Sunny eh? Ah right! Any idea where she trailed us from?

(a) Bracken lake (b) Merc Cave (c) Aborek (d) The @ place. One of the Above!
Really? You were aware the entire time?! A heads up would have been nice ya know? Shivani grumbled
Maybe if you summoned me instead of Aria? Arios?

Oh yeah! Chappy would have picked up on her too!

Yeah this was definitely her handiwork. Anew had become more vocal, playful and tricksy ever since Chappy joined the troupe. Conversations like these were the norm these days.

Right. It must have been there… The Bracken Lake northeast of the Wall of Trees. During a second pass she discovered a Forest Dragon guarding well over a baker’s dozen eggs fenced off by a grove of Brackens. The Dragon? Certainly above her and she'd sent Anew to relay a message to Bronte and Varto. Luckily, they had business to deal with at Citrinitas Aegis anyway. Walking up to slay a lone dragon - instead of portaling - a mild inconvenience considering Shivani had secured a coveted speed weapon from a skeleton for Bronte's trouble during her mad dash for eggs. With the Dragon down and a surplus of Greater Mana Potions from Varto, she took a back seat and let her elementals do the work before retrieving the eggs. 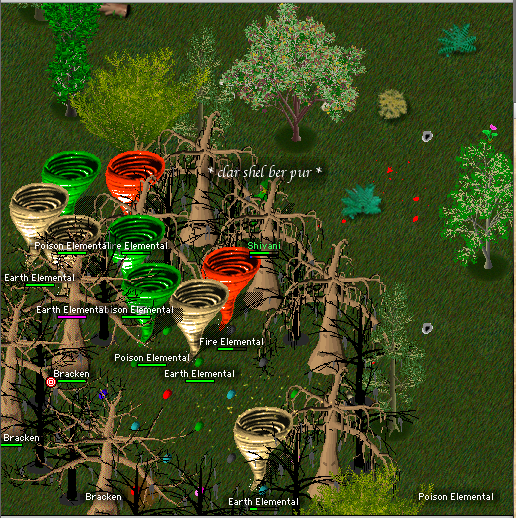 Not bad for a day's work I suppose. She'd had enough excitement for the day and set course towards Mirith for a good night's rest.
Sign In or Register to comment.