Bundling up in the warmest blanket, with a steaming mug of winterspice in hand. Looking out the ice-kissed window as the rhythms of life slow down. Spending the melancholy evenings reading before the fireplace. Taking a moment to close your eyes and listen to the gentle pitter-patter of rain on the rooftops (or the crystalline silence of snowflakes floating down from above, for our readers snowbound in the north)… all the sounds and sights and feelings of a beautiful winter nocturne. Breathe it in deeply now, and take in the warm and toasty air of The Lerilin Breeze!

Spring has sprung, and with it, the new life brought by a new year and a waking moon. Crocuses peeking out from patches of northern snow… harpies leaving their southern migratory stops to return to their nests along the Sleeping River… the acolytes of Brigobaen gathering for their annual trek… the air was simply rife with the signs of new promise. So let us take a look back: breathe in deep, and take in the invigorating air of the Lerilin Breeze!

THREE THINGS YOU NEED TO KNOW NOW:
1) The Annual Dawn of the Disciples pilgrimage completed its long and treacherous odyssey around the world, departing Brigobaen at full moon and arriving at Mirith just one day before the arrival of the Growing Moon. Priests reported that donations reached an all-time high this year, and communities have already begun to see improvement as a result.
2) The dragons of the Frozen Wastes, far to the north, have begun to stir. Observers question if another ice war is imminent.
3) Another earthquake struck the northern regions, with the strongest shaking reported at the abandoned North Temple. Traveling pilgrims were quick to claim this as a sign of good favor from the Goddess.

GOOD MOON FOR:
1) Mercy, after Duldric soldiers spared the life of an intelligent frost giant named Gorn, who later came back to assist in defending passing pilgrims from the many threats of the Mountains of Duldrus.
2) Miracles, after the Statue of Elara in Mirith was reported to have moved ever so slightly, on its own volition, triggering a a spiritual revival in the city and outpourings of religious fervor among the citizenry.
3) Redemption, when a brigand and a mercenary came to that same statue and were so moved by the congregation, that they repented for their lives of crime and rededicated themselves in the service of the Goddess. Rumour has it that His Grace Lord Rengal, Duke of Duldrus, has begun training these two gentlemen to repurpose their skills to protect and guard the northern mining settlement.

BAD MOON FOR:
1) Duldrus, which was almost overrun by a legion of frost giants, frost spiders, gooeys, and gapers.
2) Hide and seek, after two Gohoran children were reported missing while the pilgrims were in town. After an extensive search, traveling adventurers managed to find the children, who had been pursued and cornered by a pack of hungry dracos.
3) Family heirlooms, after harpies in Gohoran raided the pilgrimage camp, stealing a precious copper mug from one Mother Johanna, a theologian and spiritual director at the temple, and carrying it off to their nest in the ruins at the triple headwaters. The mug, as well as various other trinkets and shiny objects, was recovered over the following days.

As the moon woke, so too did the beasts of the field and the birds of the air. The wilderness was teeming with life, much to the chagrin of the pilgrims and their protectors, who fought tooth and nail to guard their wards for the entirety of the journey. The apparent leader of this year's pilgrimage, a certain Father Aldus, helped to compensate the protectors for their efforts, offering what reagents and raw materials he could from his own collections. At the pilgrimage's end, before the Statue of Elara in Mirith, the good Father was so moved that he decided to bestow even more valuable rewards to those who had lended their aid to a majority of the pilgrimage treks. We understand that four brave and courageous souls met this criteria, and so we shall list them here.

Present for a majority of the pilgrimage were: Patronus of the Rhovanion Rebels, Dame Shuab of the Mirith Vanguard, Lord Sulovir Lichslayer the Second of the Hidden Vale, and Sir Rondino of the Hidden Vale. Out of these four, Dame Shuab, Lord Sulovir, and Sir Rondino also received a precious class token each, for having assisted in a supermajority of the treks. And out of these three, Sir Rondino alone managed to assist the pilgrimage at every last step of the way - and for this, Father Aldus bestowed upon him a grandmaster robe!

Now then: to better illustrate the trials and tribulations they faced, our sketch artist took it upon herself to speak in-depth with Mother Johanna, and as a result, was able to produce a number of scenes from this year’s glorious pilgrimage. In that light, we find it best to let the pictures do the talking, and not let words get in our way! 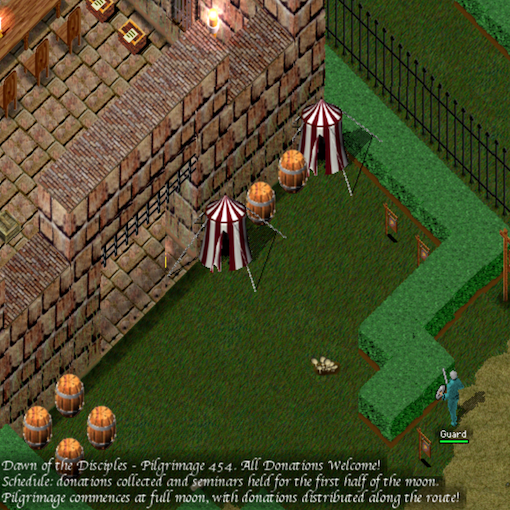 The donation warehouse outside Brigobaen. 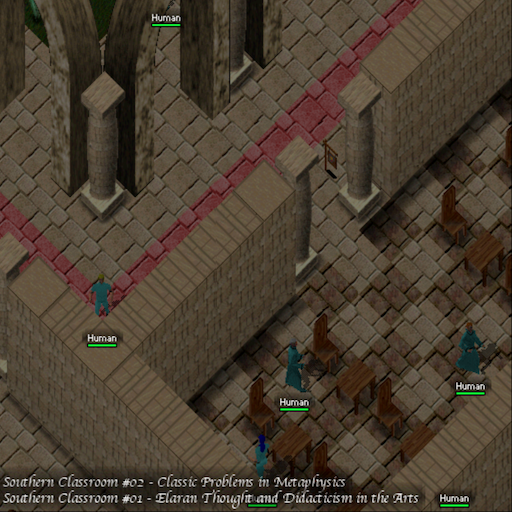 Class in session during the earlier phases of the moon. 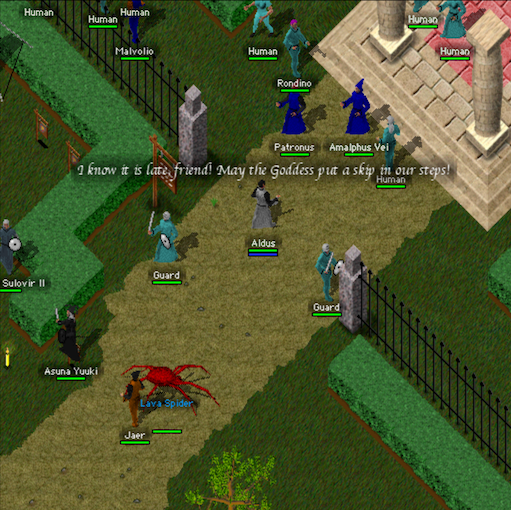 Father Amalphus Vei seeing the pilgrims off under the full moon. 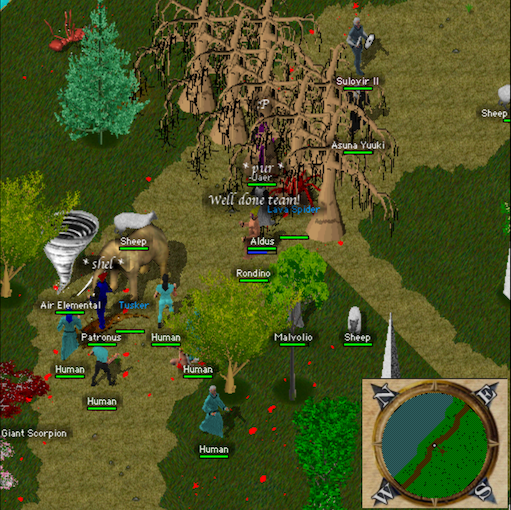 The pilgrimage’s first journey - to our very own fishing village! 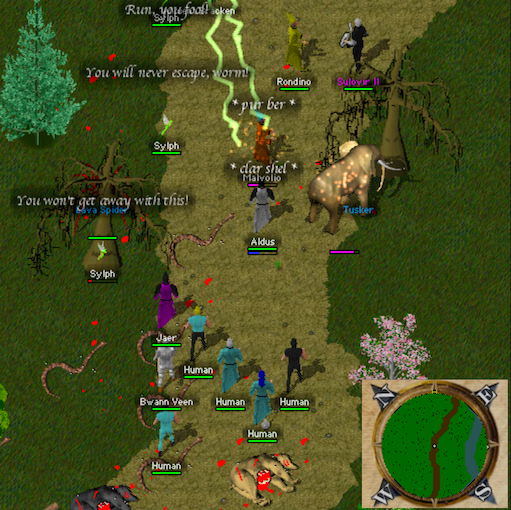 Ancient threats on the road to Marali. 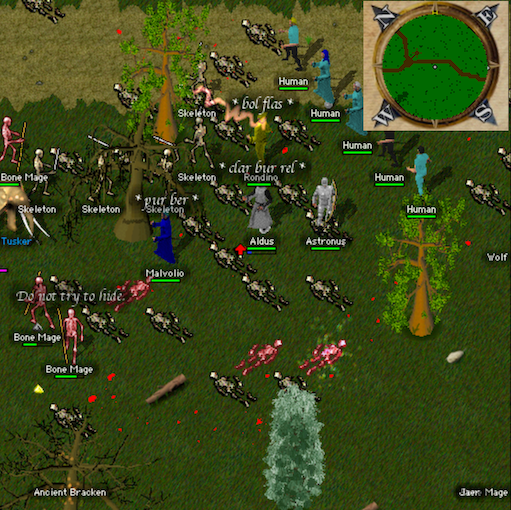 The harrowing scene at the Marali portal. 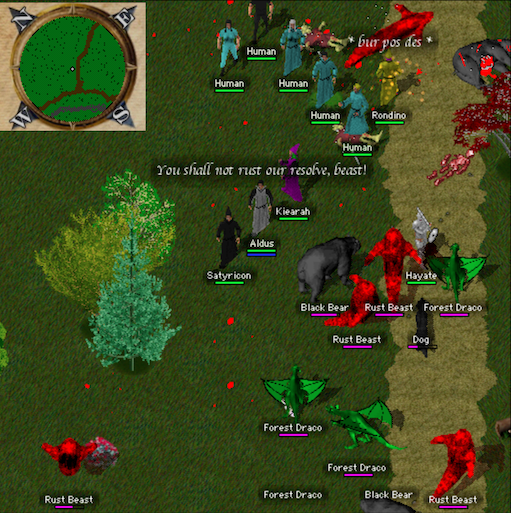 The sights seen along the little-traveled far northern roads. 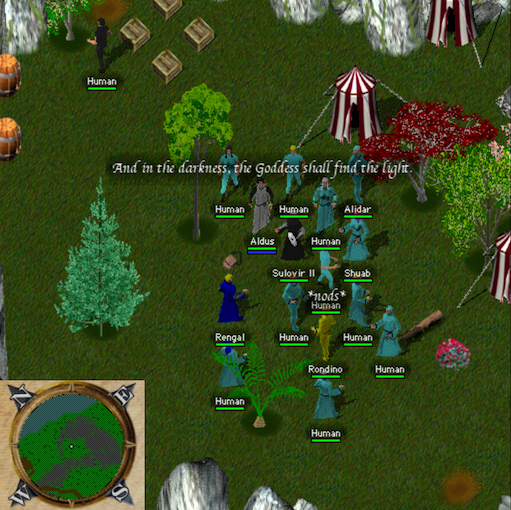 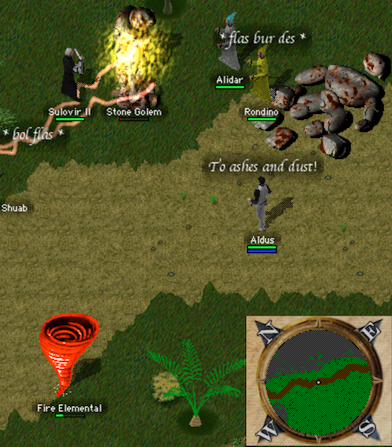 Lumbering stone golems on the road to Gohoran. 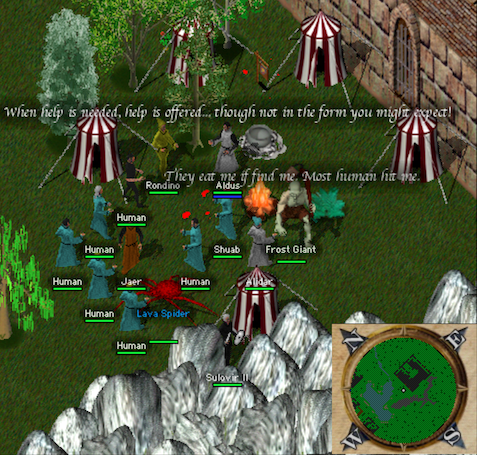 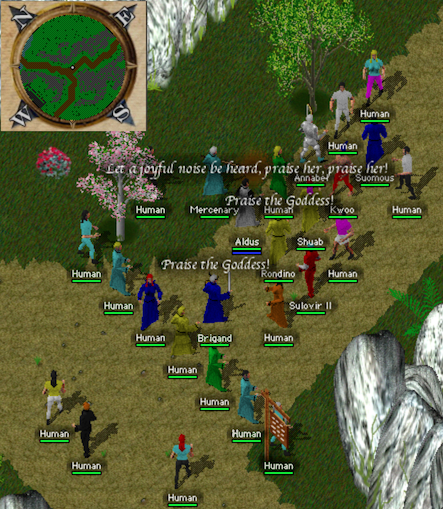 Many sightseers and worshippers from Mirith come to greet the pilgrims as they make their way to Foehan. 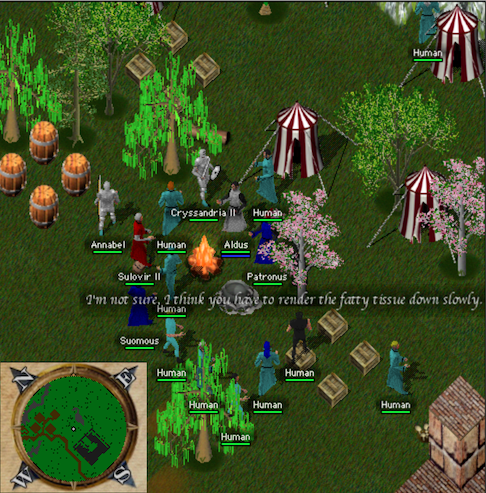 The Foehan camp, tucked away safely behind the Gestalts. Creatures of shadow and phase serpents ambushed the pilgrims as they made their way into town.. 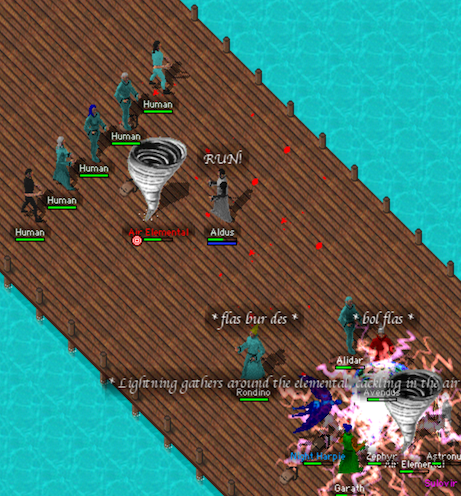 A fierce and horrific storm awaited the pilgrims as they crossed the Great Andris Bridge. 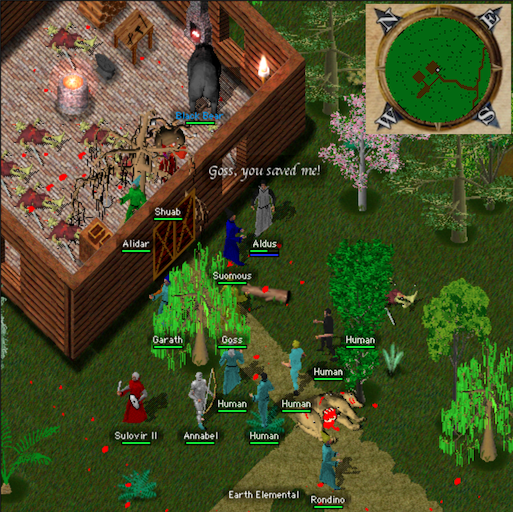 Forest trolls and pixies overran the Poison Coast as the pilgrims make their penultimate trek, this one to Welif. 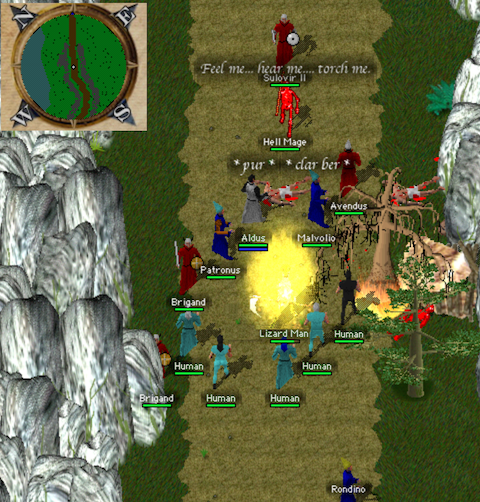 Red-cloaked highwaymen and hell mages - commanded by one “Lord V” - attacked the pilgrims on their final journey to Mirith.

We thank you all for joining us on this fantastic journey. May you continue to greet the new day with the same hope and promise as this joyous spring!