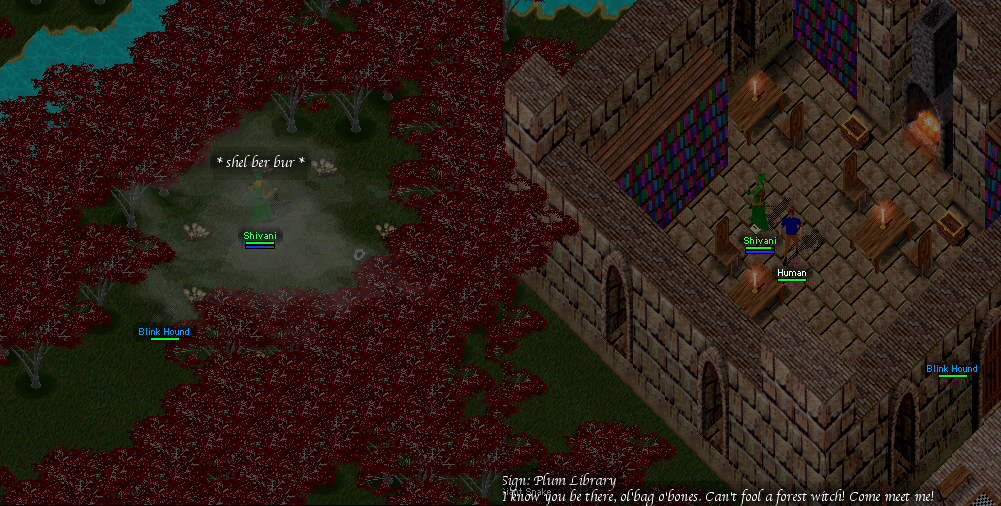 Claim Kyrios. Let’s see if you’ve still got it, I think you'll fare better than he did. Shivani opted to have the Blink Hound accompany her to hidden plum grove instead of the Tusker she brought on a previous trip. It hadn’t even been a fortnight since her last visit, yet she couldn’t suppress the urge to return. She headed for the little path hidden behind in a cluster of mushrooms. She stepped in, orienting herself to avoid treading on the mushrooms themselves, with the inexplicable popularity of mushroom flatbread these days....

Shivani and Kyrios descended into the Plum Grove to find themselves surrounded by a thick dark fog. She instinctively held her breath. She'd done this dance before. In a cave nonetheless, but couldn't remember where. It was neither the Ice Dungeon nor the Volcano.... If memory served her right, it was inside The Hidden Vale where herself, Jedd and a few others - whose names she couldn't recall at the moment -encountered a poisonous dense fog few years ago. But this seemed ... different? She hadn't felt the need to reach for a detoxification potion. We’ve got no choice but to probe further I guess. She wasn’t particularly fond of caves but as usual, curiosity got the best of her.

A pair of Sylphs sprang upon them. Attack! She continued to press, Kyrios leading the way flanked by a gust of elementals sweeping up the snakes slithering towards them from different directions. Ancient Brackens, Snakes, Sylphs. Same creatures she'd seen during her previous visit. Nothing amiss. She gathered the spoils from corpse of fallen foes. Sylph Dust... perhaps the fellow in the library may have a clue as to what to do with these. Quest! she hollered as she approached the Plum Library, “I’ve got nothing for you”, he retorted. She didn’t care for his tone, helping herself to the chests beside the forge when she noticed a note:

“I know you be there, ol’ bag o’bones. Can’t fool a forest witch! Come meet me!”

Not a clue who had written this or to whom it was meant for. She would leave a message with Dharma in Marali on her way to acquire more potions but would return for sure. Upon exiting the cave, Shivani and Kyrios were once again ambushed again by some Sylphs laying in wait and the hound responded appropirately Not bad... not bad at all she thought. Though she was silenced, Kyrios could still read her, attacking, guarding, falling back as though he shared her thoughts. The voices of the faeries rang through the air she couldn't help but find them enchanting. She was starting to understand the old Wizard's obsession with this place, no doubt they'd been bewitched. 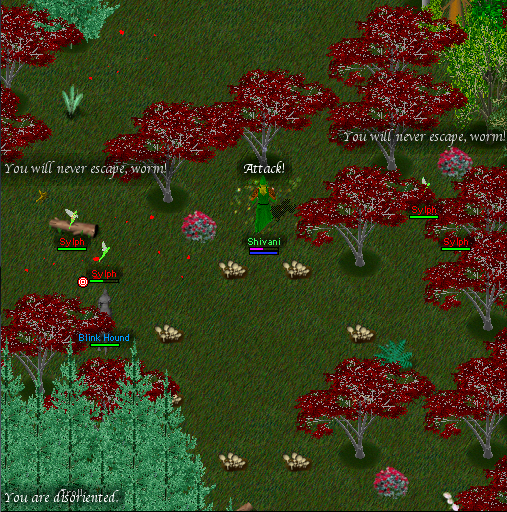 (OOC Sylphs seem to congregate at dungeon entrance if they mistakenly escape so beware)
Sign In or Register to comment.