You will have seen Amere’s latest series of ever-useful briefings by now, and so rather than waste ink speculating on that, I will jump right ahead to a minor update of my own. I decided to roll the dice and personally take part in a joint MV-HV patrol of the woods surrounding the Tree Maze, including Dragon’s Mouth, and stretching as far east as Rellia’s Cave. Do note, however, that I did nothing without first ensuring that our home was adequately protected, in this case by Amayza, and Ryen, not to mention our two brave spiders. As you know, I have always been a firm believer in the powers of caution and discretion, and never have those two pillars been more crucial than they are today, given our recent struggles. Yes, I will grant you that curiosity did get the better of me on this particular day, but I do not want you mistaking my boldness for recklessness.

The adventure itself, as it happened, was mostly uneventful. Many times in the hours since, my mind has drifted back to this mysterious cavern and its forgotten library, and how it once served as a favorite haunt of yours, in years long past. I can only imagine your disappointment when you saw it earlier this moon, and how it has become overrun by those hordes of foul undead. It was an eye-opening experience, to look upon it myself. But there was one other thing: a number of magical runes were now guarding the way forward through the caves, obviously constituting some sort of trap. We were in luck, though, as it turned out that the notorious wizard Kwoo had visited shortly before us, springing the poison fog trap so that we could pass through unhindered (or at least, unpoisoned). Other than that, we found nothing new, nothing of interest, no signs of Fiadoryx, no signs of Rellia, and so we left the cavern disappointed and empty-handed. We parted ways at the river, after which I returned straightaway to the Vale.

I hate to say it, friend, but all of our recent missions into that accursed cave have been high risk and zero reward. Perhaps it is time to turn our attentions elsewhere? 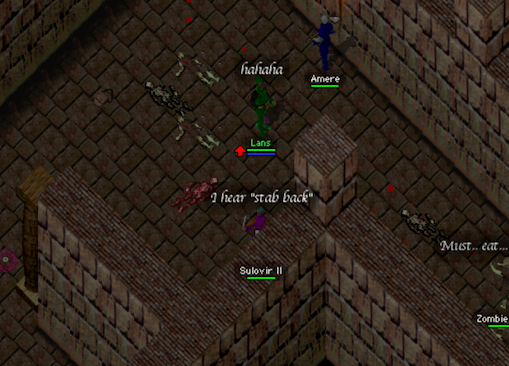