A Night at Andris Bridge

Barely an hour has passed here and I already need to file a report – so much for our respective vacations, friend. As you have no doubt realized already, my desk is a most unforgiving environment, and it never allows its occupant to stray very far from the chair. I imagine that the organization of its contents will fall by the wayside as time goes on, and I have come to terms with that – what the eye doesn't see, etc. – just so long as it's in good shape by the time I get back. Now then, I pray that you will be kind enough to forgive me, not just for this early intrusion, but also for the levity with which I begin this letter, as it is one that promises to conclude in tones most somber and severe.

For you see, the moon is still just a sliver, but already the brilliant streets are decked out in the most festive of finery. I am here for my first time in what feels like decades, but I have not even begun to take in the sights, as it was the journey south which demands my attention, and which compels me to write to you today. As you will recall, I left you at the Vale on foot and on my own (a boneheaded decision in retrospect, for reasons you shall soon ascertain), but by the time I arrived here I had gained three companions. I am sitting on the bank steps with them now: Breigje Balloc of the Gestalts, and two of our own number, Jedd and Annabel. They may perhaps have more to share from their own respective journeys to the Red City, but failing that, I do happen to have one thing which will aid in your reconnaissance efforts: a few sketches from the itinerant ranger herself (what an eye for detail she has!). 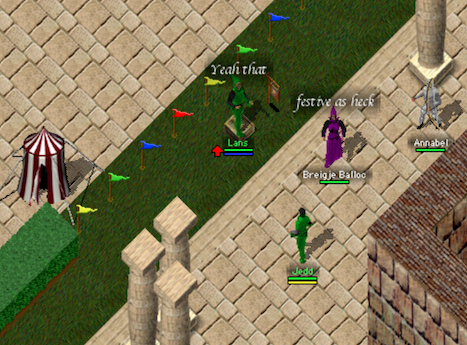 The route from the Hidden Vale to Mirith was, as always, so quiet you could walk it with your eyes shut. From Mirith to the bridge was another story entirely, a perilous flight from all manner of beasts, from a gaggle of gapers to a rhumba of rattlesnakes. But it was after the bridge where things truly got out of hand. Just on the far side of the strait, I came across a sizable merchant’s campground, complete with tents and cargo, a fine selection of merchandise, and a cache of potions – all protected by a trio of well-dressed guardsmen. 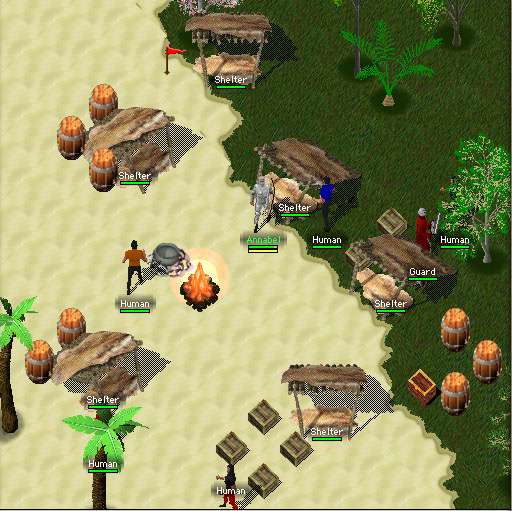 They were kind enough to let me stay the night, which I did at great expense to the well-being of my spine, so accustomed to our fine linens have I become. Needless to say I slept poorly and awoke late the next morning, the forty-fifth day I believe it was, and found that Annabel and Ms. Balloc had found their way to the camp as well. After a light breakfast, we debated snooping through some of the wares when a damn-fool pirate came charging in from the south. 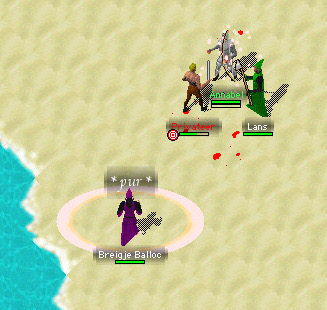 One pirate led to another, and the next thing we knew, we had tracked the assailants to their camp on a smaller island a ways to the west. They had set up a few rudimentary shelters, but had nothing of interest beyond the usual case of rum and lobster pie. It was there we recovered a brief message that was presumably exchanged between the men of this pirate crew, and it is this message that justifies the urgency with which I write you. I copy verbatim:

“Wait fer our signal. Need to take care o’ them bloody guards before ye begin. Report back t’ ol’ James at the base when yer through!”

It was enough to make us hurry back to the merchant’s camp, but fortunately there was no further incident. It would seem that the crisis had been averted, but my consternation was in no way decreased, for two reasons. First and foremost, is that whatever force we were dealing with – I think there were thirteen or maybe fourteen heads in all – was but a single cell of a larger organization.

Second, is the reference to an “ol’ James”. My mind is prone to wander, and it wasted no time in conjuring the memory of one “Sailor James” who was reportedly rescued by nanasisan in the southern archipelago under the Bleeding Moon of this year. Shortly afterwards, Jedd had produced some rather imaginative theories about the sailor, none of which I will dive into here. And though I do not mean to be rude, if we put aside subjective bias, we will see that all of the evidence we have points to this sailor being heavily involved in a planned raid on Andris under that same moon, a raid which thankfully never materialized. I must shower praise on the Andrisians' tenacity here as firmly as I cast doubt on the sailor's strength of character. If nothing else, there is clearly much more to the man than meets the eye. 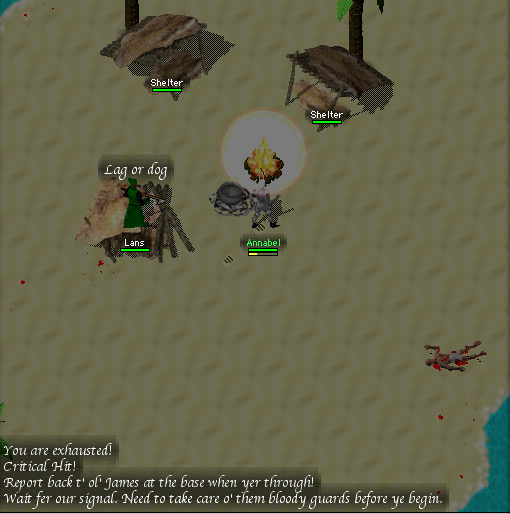 Whatever the case may be, it would seem that the year's surge in piracy is not over, and as such we cannot afford to lose focus. The crew we battled will fail to report back to “ol’ James”, and thus falls the next piece in this maritime chess match. Will we ever see these pirates again, or has their thirst for riches finally been satiated? This is where we come to the limits of my understanding, and where I will put down my pen – until the next time it is needed.

Stay watchful, and stay wary (and thanks again for keeping your Eyes peeled on things up north).