Trouble in (The Gourmet's) Paradise

“I’ll be counting on you then” a timid voice interrupted. She raised her head to a pouch filled with dragon teeth sitting on the palms of the wizard’s extended hands. She'd been introduced to Ginn via mutual friend Bronte a fortnight ago in hopes of assisting the wizard procure the goods.

“Pleasure doing business”, she replied, retrieving the pouch, and giving it a light toss to feel its weight before setting off.

The Druid already made plans to stop by Andris after hearing about Hayate and Cyric’s skirmish with mercenaries in the city. The duo discovered a detached crew of bandits at Bilann’s restaurant near the bank and determined the mob arrived from a nearby port. A search for the main troop however, proved unfruitful due to unfamiliarity with the area. The rogue had been away for several moons, and sightings of the fighter in these parts were limited to his excursions to Nystral’s tower and the annual Blue Moon Festival. 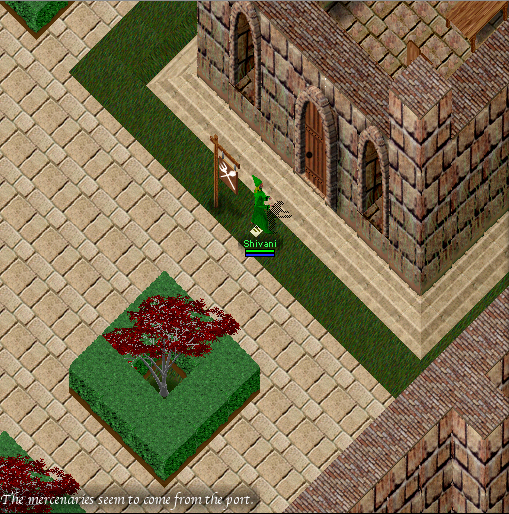 She approached the Western gates, which seemed more or less same as when few days ago. The patrolling Guards fixated on Anew, her spirit animal. Heel! She beckoned Anew to the stable, meeting the Guards’ gaze with a scowl.

Her eyes were drawn towards the frayed copy of the Andrisian Gazette atop a haystack. A significant portion of the parchment had been damaged but she could faintly make out a portrait of Senator Clarissa Morgans above an advert soliciting information on The Void or A.R.D.E.N.T. in exchange for a handsome reward.

If only the city spent half as much time bolstering her defenses as they did regulating the goings and coming of pets...

Shivani dusted the parchment, carefully rolled and tucked it into her pouch before proceeding to The Gourmet's Paradise. The restaurants placard was stained with dried blood and chef Bilann, nowhere to be found. She walked the perimeter, searching for more clues before entering the restaurant. Broken tumblers, flipped chairs, evidence of a brawl, undoubtedly handiwork of the fellows Cyric and Hayate engaged.

She turned around to find a disheveled Bilann emerging from behind the forge where he sought cover during the ruckus. Apparently the drunk mercenaries insisted on paying for their fill with packs of nails and ransacked his shop, searching for his famed glaives of power. Fortunately the glaives were stored elsewhere and Hayate and Cyric arrived in the nick of time.

Shivani eventually arrived the docks Southwest of Morganstown where the main platoon was stationed. She summoned Anew and together they made quick work of the invaders who appeared to be guarding some chests containing a short letter, several weapons, robes of resistance, enchanting reagents, orienteering, construction, and harvest equipments.

Bring those to the Atoll, Stop by Andris for glands, Don’t go to the tavern. 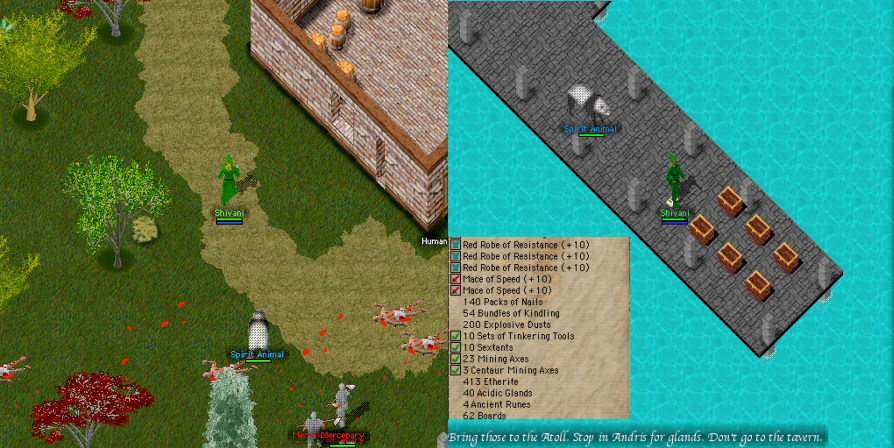 The mere thought of the isle filled her with a sense of dread as she recounted during her most recent trip there...

Shivani had arrived the atoll with Anew, clad in plate and armed with a bow, at the behest of Bronte to investigate the painter’s source of worry. Heel! She released a few arrows, slaying the gaper that greeted them at the entrance.

She ventured West to where several wraiths, liches, gapers, and brigands awaited their unsuspecting victim. Anew leapt to her defense but she felt a fragment of the Spirit Animal return to her a a few seconds later before the world around her turned grey. 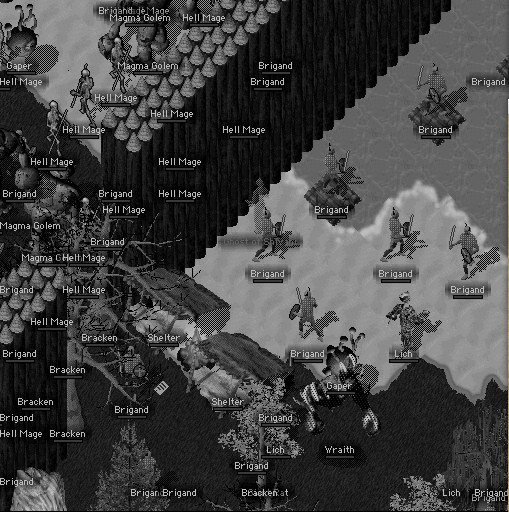 She later returned with Lenne, Zaji, Hayate, Rosina, Gawr, Indy, Mikomi, Haruko, Habeeb, and Nargaroth on a campaign to reclaim the isle 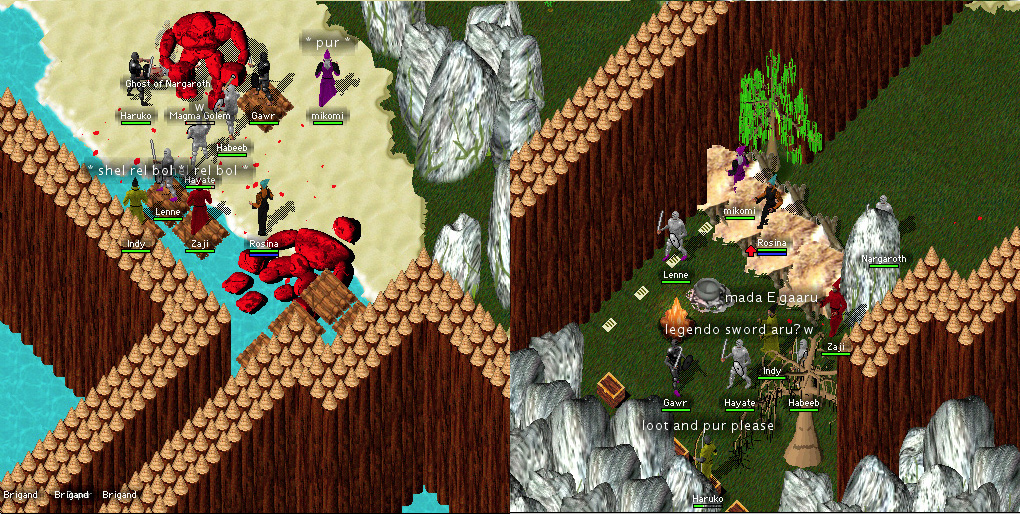 If today's event foreshadowed a similar scenario, She needed to notify the other major cities, and active guilds. She ran into the wizard Matthias on her way back to town and briefed him. The wizard thought it best to also investigate the Atoll near Lerilin while she checked on the Mirithian one.

With no evidence of foul play near Lerilin, Suscane, Shivani, Matthias, Varto and Ryen continued to the island off the coast of Mirith. Fortunately it was only occupied by gapers and brigands, also manning some chests. The mercenaries in Andris were supposed to deliver their cargo here and await further instructions.

We somehow managed to avoid a dire situation but are no closer to finding the mastermind behind these happenings... 50 acidic glands ✔️, 200 poison glands, 10 elemental dusts...

She would secure the rest of the items either in Gohoran or in Forest on her way back to Marali.