"Father Evaristos is currently away." The attending cleric's words echoed over and again as she exited the temple. She had journeyed here in search of answers regarding the mysterious tomes discovered in Marali. She consulted her notes once more to refresh her memory before resuming the search. Ultimately, memory was all she could rely on, given her failure to secure the books.

Bats. Zombies, Hounds, A Book of Shadow, Another Nameless Book . Perhaps the good father was in leading the procession of the Disciples of Elara? However, he was not with the group when she visited during their stop in Port Gast at the behest of Rivvyre. She would return to town and meet with Jedd. Hopefully he’d uncovered more clues regarding his tome during recent meetings with Falvo.

120 more steps North to Mirith. With the green-robed fighter’s affinity for Mirithian Ale, she’d have better luck finding him at the pub. 100 more steps to Mirith.

“We must head towards Welif. A group of Pixies and brigands are disturbing the peace there” a distinct familiar voice called out. It was Varto finishing up a brew. Lost in thought, she failed to notice him just few paces from her.

“The Hidden Vale, including Jedd, Citrinitas Aegis, and Lerilin Vanguard went ahead. It seems the Disciples procession moved there as well”, he continued.

As usual, a quick scan and understood her thoughts, well before she could utter a word. With a spring in her step, and her spirit animal in tow, she made her way towards the docks, the cleric trailing behind. 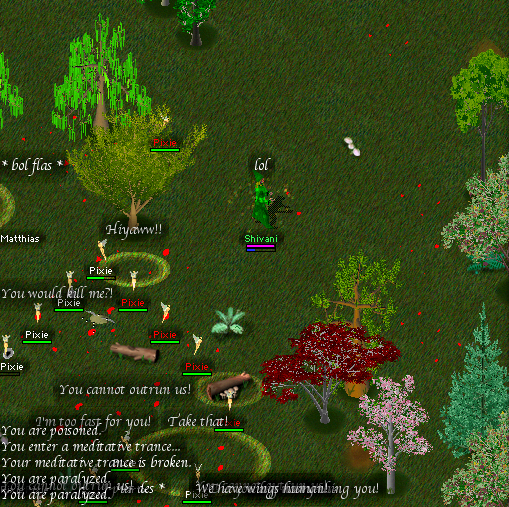 The shrieks of several pixies filled the air. They flocked towards the docks in hopes of viewing the parade of Elara’s Disciples and were agitated by the obstruction caused by the Brigands, who sought to rob the Disciples of their donations to the City’s poor. If Shivani recalled correctly, brigands were also present in Port Ghast during the Disciple's stop in the town a few nights ago when she visited with Yendu, no doubt with the same objective! 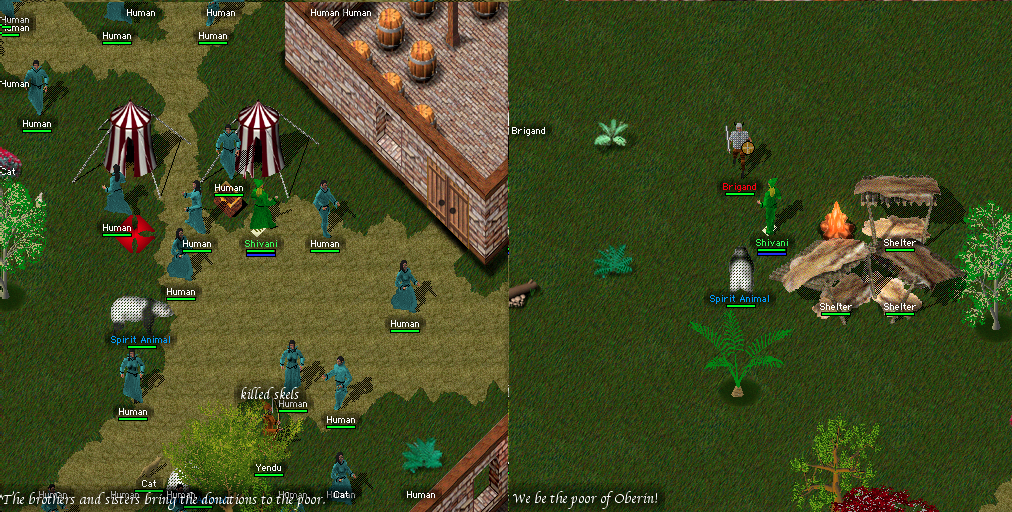 The scuffle between the Pixies and Brigands was noticed by the ranger Zyn, who in turned called for reinforcement in an attempt to restore order.

Shivani walked towards the Disciples occupying the township, still hoping for a glimpse of Father Evaristos but he wasn’t among them. Besides the visiting clerics, not much had changed in Welif since her last visit. She waved at Agatha, who was still in search of copper spoons, and stopped by the general store to call on an old friend, though unprepared for his subsequent tirade.

“Business has been slow since that hag moved in! Apparently no one cares for the good ole Nate’s Lesser Mana Rings! Hmph”. She peered out the window, suppressing her snicker as to not further upset the salesman. “You should consider my suggestion regarding Rings of Lesser Heals. There are quite a few druids out and about you know? Better yet, Rings of Brute Strength? I hear the brutes are still very fond of those.” 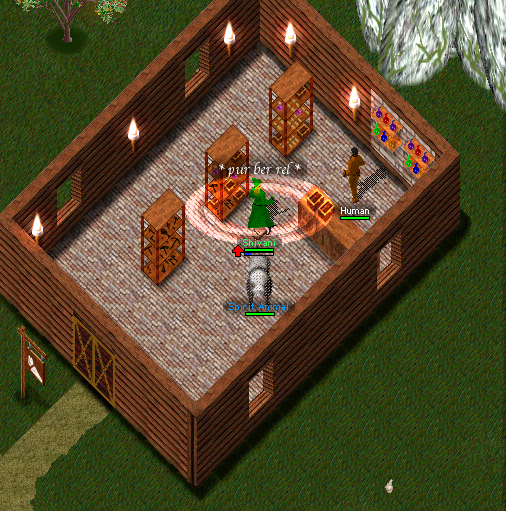 “Well I best pay a visit and see what’s gotten you so worked up”, she muttered, presenting him some freshly made bread before heading East. There was indeed an old lady pacing inside the previously empty house just a stone throw away. Curiosity got the best of her and she pressed on to the entrance where a signpost read This house has an owner. She stepped in.

“Welcome to The Sunken Chest. Your one stop shop for Dragon Teeth and Full Mana Potions!”, exclaimed the hag. Shivani exchanged 1,500 gold pieces for a potion, bringing up the bottle to her lips and devouring its content in one gulp mmmhhh... the consistency, and familiar taste, just like Varto makes them. Her lips pursed in a satisfied smirk Nate was rightfully worried, these potions indeed render his famed rings obsolete. 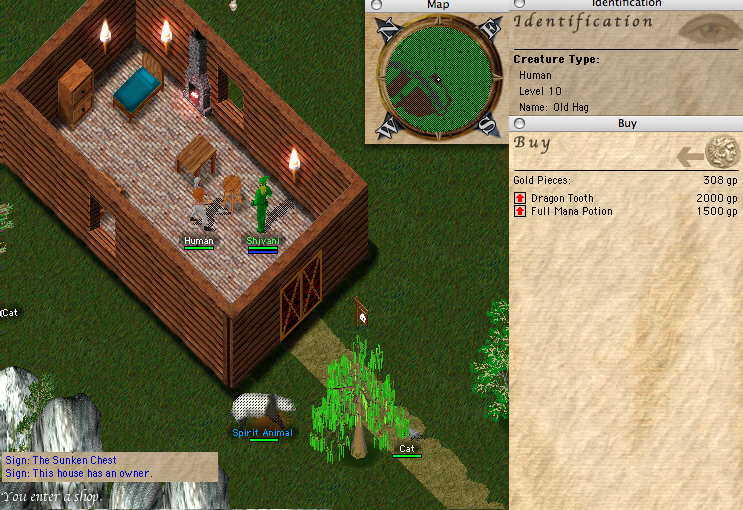